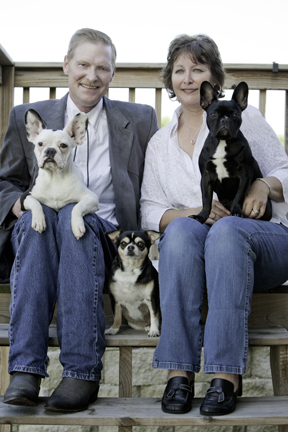 It’s been a long time since retired Corporal Harold Hacker has had a good night’s sleep due to injuries he sustained while on active duty with the Army National Guard. Cpl. Hacker received an adjustable bed through Easy Rest’s Beds For Our Troops program and is reporting that he’s sleeping much longer, and waking better rested, thanks to his new bed.“Before getting my new adjustable bed I used to have to take four to five breaks a day as well as a nap,” stated Cpl. Hacker. “I’m going non-stop now. I’m studying to be a Veterinary Technician and I can focus much better now that I’m sleeping better.”Cpl. Hacker was injured when his Army National Guard unit was called up to support active duty personnel during the Cuban Refugee Crisis in the early 1980’s. He was on duty at Fort Chaffee, Arkansas early one morning in August of 1982 assisting with preparations for his unit to be demobilized when, in a horrific accident, he was run over by a five-ton truck pulling a trailer. “I was knocked down and run over by this big equipment. It ran me over from my left foot all the way to my right shoulder and face,” recalled Cpl. Hacker.

Cpl. Hacker suffered multiple injuries that were life altering. Since his accident he has suffered from many different medical conditions and ailments and has many issues with his back. He’s had a pain stimulator implanted in his back that helps him with pain management but according to Cpl. Hacker can cause discomfort when lying down because he can physically feel the stimulator and wires. Cpl. Hacker had been sleeping on a reclining couch attempting to get a few hours of sleep before waking with an aching back and headaches.

Since receiving his new Easy Rest Adjustable Bed he and his wife have been able to sleep in the same bedroom again for the first time in years. “I slept downstairs on the couch for 12 years and now I’m always sleeping next to her. It brings your relationship back,” he stated happily.

“This bed has been a blessing to me,” he continued. “My legs don’t hurt me anymore at night and I don’t have to put pillows under my knees. The massage feels beautiful and I lie there and say aahhh! My wife had to quit her job to take care of me and I feel bad sometimes because she is not living her dream anymore. This bed has been a nice treat for her, too.”

Cpl. Hacker lives in Kansas with his wife and enjoys fishing and hunting when he’s able. He is a volunteer in his church and at the local nursing home where he enjoys visiting residents with his French Bulldogs.